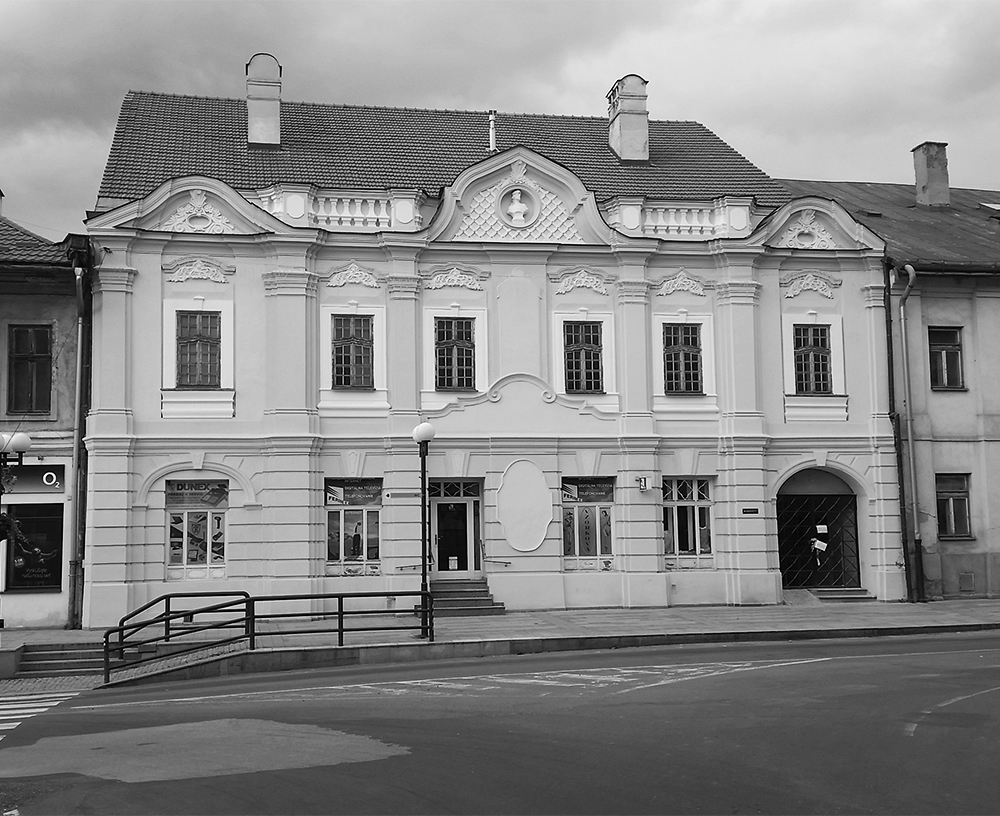 The bumpiest house in the square can be found in its north-western corner. The house was built in 18th century and its massive two-storey facade impresses us with its rich decoration with Baroque style elements. Noble family of Szirmay had this house built. Subsequently, the possession of the house passes into ownership of a prominent Prokopovic family, who sold it at the beginning of 20th century to a Jewish advocate dr. Armin Frisch.

He sold this house during WWII to a citizen of Litmanova – Ceselka, who worked in USA for a long time. Dr. Armin Frisch had a daughter, who was taken to a concentration camp and didn’t return.

Armin’s son Edmund emigrated to Moscow and thus saved himself from deportation. During the war Edmund worked in Moscow Radio. After returning from Moscow he was active in communist party. After the war, Political community Stara Lubovna expropriated this house and local Communist Party made it its residency. During several decades the premises of this representative building were residence of various institutions such as Slovak General Credit Bank (before WWII), Cedok or the City archives.