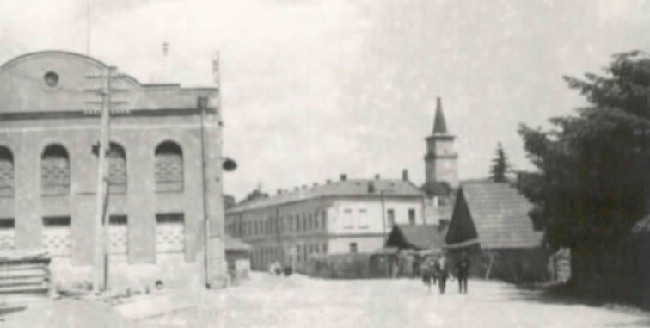 On the way from the main square of St. Nicolaus to Nova Lubovna on the left side was an orthodox synagogue. A massive building with area 13 × 15 meters was built by the Czech company Nevrly for the local Jewish community in the 1920s.

The simple facade was split by two lines of large windows over which embossed boards with the ten commandments and Hebrew inscription were placed on the eastern side.
The building topped the rounded attic. From the northern side, which was closer to the centre of the city, there was a rectangular space with a balcony designed for women. They entered the balcony by stairs through the corridor located on the west side of the synagogue.

The synagogue served its purpose for only a few years. During the Second World War, it was a place where Jewish residents were gathered before their deportation to concentration camps in Poland. After the war, only few Jewish families returned back to Stara Lubovna, but they moved later abroad permanently. The synagogue was left abandoned for many years and local agricultural cooperative used the building as a grain storage. The existence of the synagogue and its original function was very short and synagogue was replaced by the building for the veterinary administration in 1970s.